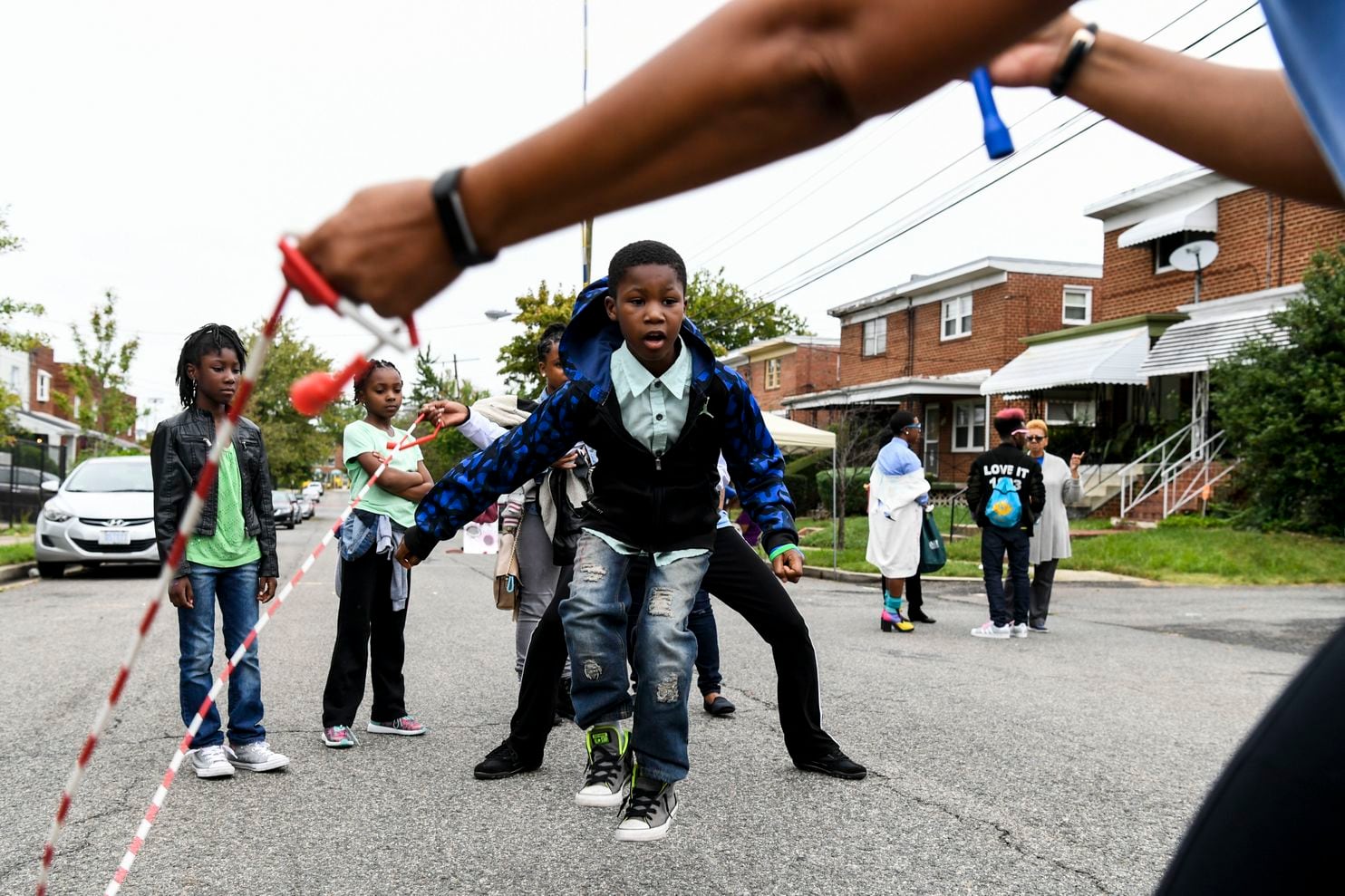 Before smartphones and Snapchat, the click-click of double Dutch jump-ropes could be heard in the streets and alleys of Washington and other urban areas.

While the uninitiated might marvel at its intricacies, it often involves two children, usually African American girls, reciting songs and turning ropes while one (or more) leap between them, jumping as fast as they can for as long as they can. But in the age of the glowing screen, it takes a squad of wise veterans to help kids relearn the game.

“These computers have gotten kids so rotten,” said Robbin Ebb, 52. “It’s a lost art. I’m bringing it back.”

Ebb is the force behind D.C. Retro Jumpers, a group operated by women working to bring double Dutch back to D.C. streets. Ebb said the group was started in 2005 for an event at the Turkey Thicket Recreation Center in Northeast Washington, then a subsequent slew of invitations from schools, churches, block parties and homeless shelters has kept them busy ever since.

The routine is well established. Ebb, usually accompanied by two other members of the group, arrives at an event with ropes and starts jumping. Kids — and parents — gather round, and Ebb begins cajoling them to get into the rope, no matter their shape, size or age.

“Parents got off from doing it,” Ebb said. “I don’t care what color you are. If you can do my bunny hop, I’m getting you in my rope.” 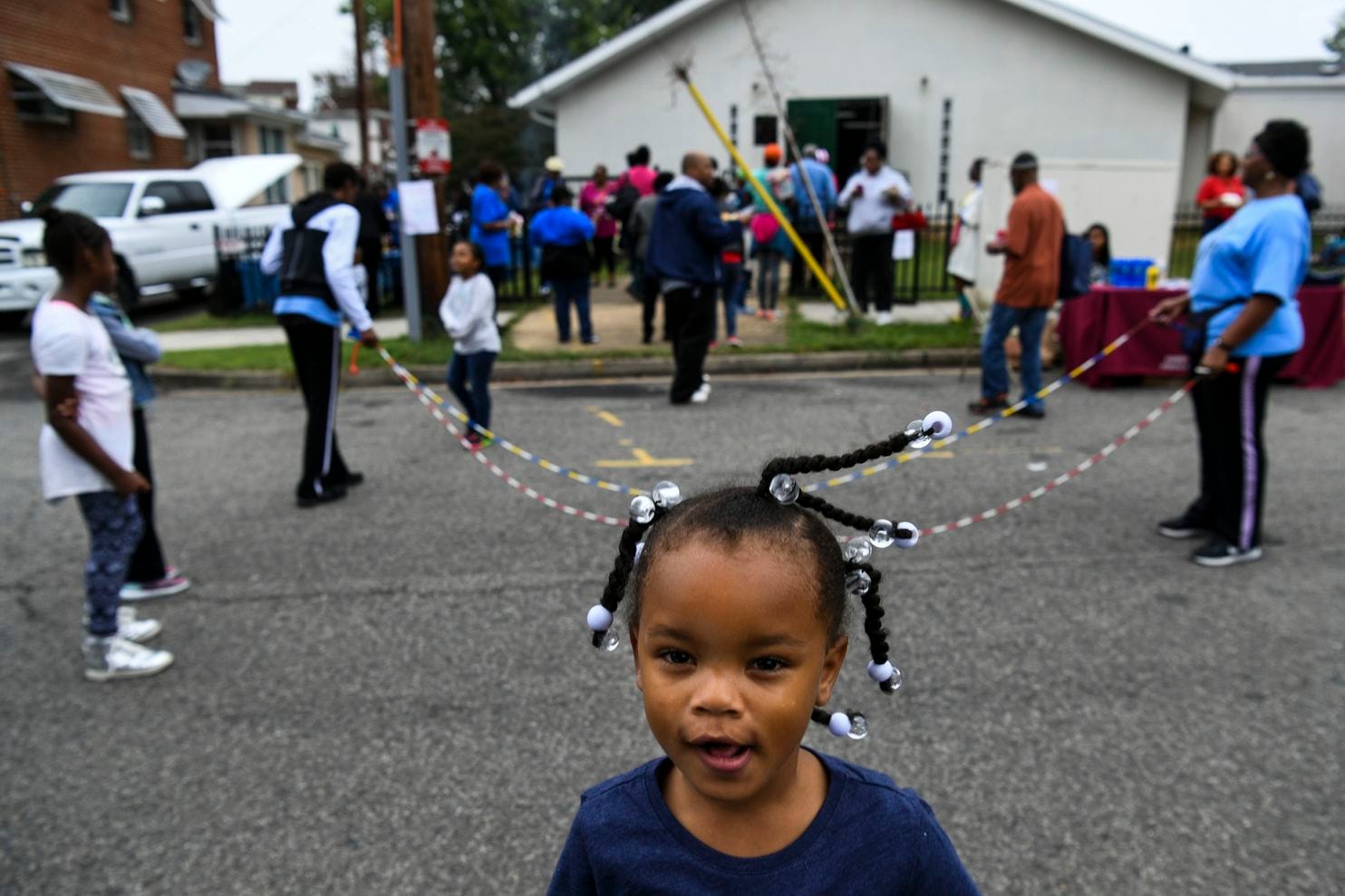 Da’Moni Kelly, 5, jumps up and down while waiting her turn as the D.C. Retro Jumpers teach double Dutch to children during the Open Door Baptist Church community day in Washington.
(Carolyn Van Houten/The Washington Post)

Joy Jones, founder of D.C. Retro Jumpers and author of a play about double Dutch, said she was inspired to create the group to feed an “intra-generational exercise obsession.”

“My vision for the group was to have adult women jump-rope for fitness and fun,” Jones said. “One of the things that really inspires me, still, is seeing women on the edge of a demonstration and see the longing — almost lust — to get in the rope.”

That feeling was on display earlier this month at Open Door Baptist Church’s community day in Southeast. Things started slow, with Ebb and her sister, 63-year-old Carlyle “C.C.” Prince, turning the ropes for each other or another D.C. Retro Jumper volunteer.

Then, the line for the ropes began to grow. The 56-year-old church pastor — a former police officer who once ran a double Dutch program for D.C. police — jumped. A braided little girl who looked to be about 3 years old jumped.

Fresh from the ropes, Chinna Penamon, on hand to distribute literature for social services group the Women’s Collective, recalled a time in the District when children spent more time outside playing games, such as red light, green light or double Dutch.

“This is an art form, actually,” she said.

Kyra Gaunt, an assistant professor at the State University of New York at Albany and author of “The Games Black Girls Play: Learning the Ropes From Double-Dutch to Hip-Hop,” said that based on her research, double Dutch was created by African American girls in large cities after World War II, despite rumors of its Egyptian or Chinese origins. These girls, now grandmothers, and their daughters know the game, she said — but their granddaughters may not.

“Double Dutch was black girl magic that we had in our communities,” said Gaunt, a Rockville native. “It was something we could call our own — a way we could create our own spaces where we excelled.”

Double Dutch eventually found its way into public schools, and a competitive league was created in 1973 in New York. A spokeswoman for D.C. schools said the game is part of the physical education curriculum from third to fifth grade. 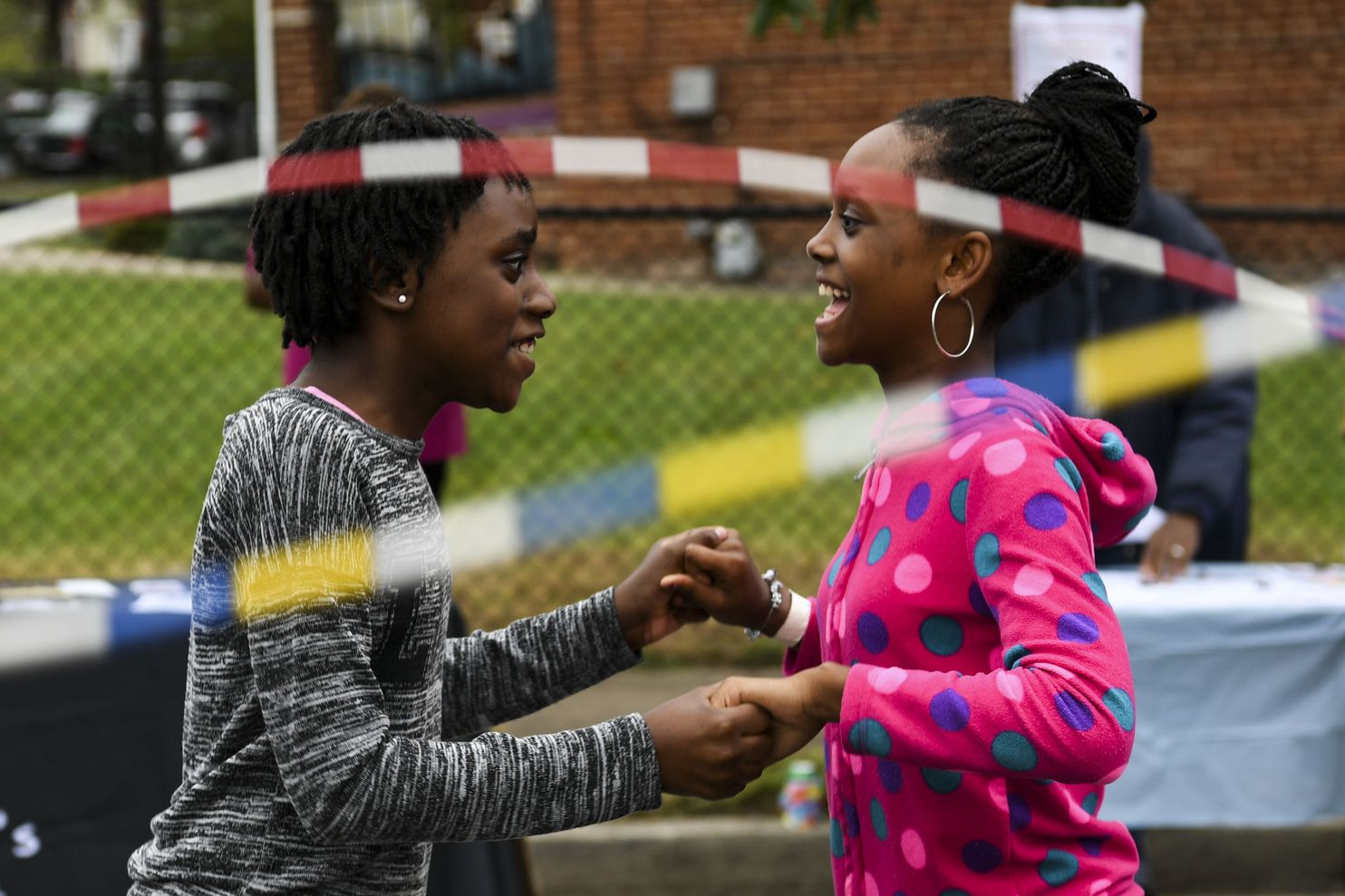 But as the sport became “institutionalized,” Gaunt said, it lost its connection to the neighborhood. Casual interest in a game that had evolved organically dwindled as neighborhoods began to gentrify, physical education programs were cut nationwide and social media platforms such as Instagram became ascendant.

Gaunt said she doesn’t see its appeal to a broader audience — including teams in Holland and Japan — as a positive, but evidence of “cultural appropriation.” If double Dutch dies in neighborhoods, she said, that’s bad news for black culture.

“Black girls and double Dutch are like the canary in the coal mine for us,” she said. “You can tell the vibrancy of a community by how vibrant our games are.”

Outside Open Door Baptist in Washington, the ropes kept turning next to the moon bounce and beanbag toss. Ebb and her sister coaxed two girls into the ropes, jumping together, hand in hand, as the ropes turned faster and faster.